Darren actually is fairly well known as a great presenter, storyteller, Math teacher and inventor of the Scribe Post. But lately he’s been doing something that’s inspired me in a few different ways and you may not be familiar with what he’s been up to. After many discussions around the challenge of blogging, Darren has been playing with an app called Social Cam and has been using it to offer daily or almost daily reflections of his learning called “While Walking”. Not only are these often provocative ideas that has enabled him to practice active reflection but it’s helped make him stronger connections in his local community. I’ve used this tool now a few times and have plans to incorporate it into our DEN community as well. I also love the fact that it demonstrates that reflection and blogging isn’t always about writing. While there are certainly challenges to overcome being brave enough to speak into a camera, it does alleviate some of the stress around writing.

Cori is a former student of mine as well as teacher in Prairie South. The first conversation I had with Cori after our initial class centered around her belief and hope that technology would be used to make us more human, not less. That was a shared value that made me pay attention to her from that day forward. Since then I’ve watched Cori grow in her understanding and connect with some great people. Cori’s passion is stories. In fact she’s begun her graduate work  focusing on narratives in curriculum. Her blog posts since September have been particularly enticing as she’s been exploring the rich nuances of storytelling. You can tell every one of her posts are done with care and great passion. If you are into stories, you need to be reading and connecting with Cori. 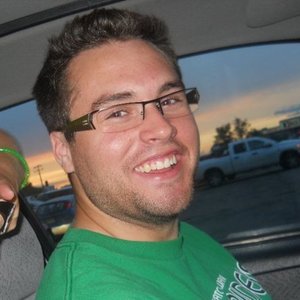 Kyle is also a former student. Kyle is now teaching Math in St. Louis at MICDS, a school I’ve been fortunate to work with a few times. Kyle was the first student I had to take me up on the idea of getting his own domain. He worked hard at building a nice portfolio and had some early success blogging about some difficult but important issues. After a semester settling into his new job, he’s pledged to renew his commitment to blogging. As a new teacher Kyle is very inquisitive and working hard to establish and explore new classroom practices. But along the way offers some great resources and ideas.