I was asked to sit down and share something I was passionate about in education during ISTE 2015. The use of language is something I’ve been noticing for a while and in my estimation doesn’t get enough attention. It’s a one-take video full of ums and stutters, but take hopefully there are some ideas in here with exploring and discussing.

People listen to leaders. Whether we’re talking about true leaders or people considered leaders because of status or authority, their words impact culture. Over the last several years of the “reform” movement, words like “accountability” “data-driven” “student achievement” “rigorous curriculum” and “college and career ready” are used frequently in many districts. By themselves, these words and phrases may not be particularly offensive but over time, combined with countless new initiatives send a sometimes subtle and sometimes overt message to teachers and students. 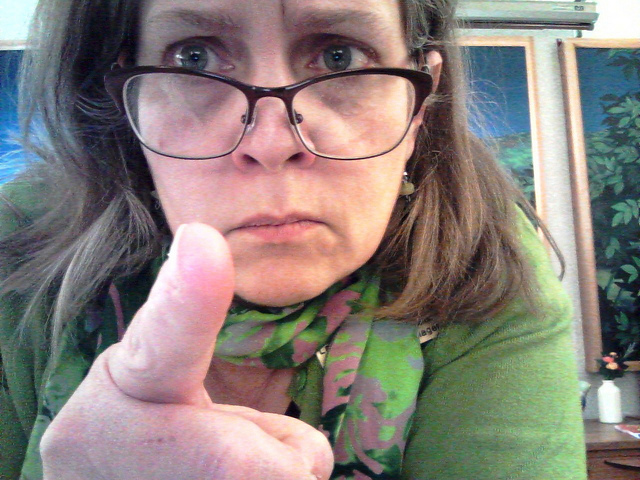 Working in districts where these terms are embedded into the culture, I’ve often had leaders defend these terms by saying they aren’t meant to oppress anyone but can be seen as empowering. I don’t usually buy that. Here’s why.

Accountability is what’s used when relationships and trust haven’t been fostered. I realize in many large organizations, this is challenging and being accountable to someone isn’t necessarily negative but it’s a word that’s very authoritarian and suggests there’s a problem. As Sahlsberg suggests, we should replace “accountability” with “responsibility”. It makes a big difference. You can read more about my thoughts on accountability if you wish.

First off, my distain for the word is no secret. The word suggest authority and hierarchy. I suppose in some institutions that still works but as someone who has spent 25+ years in education and now works for a company that has a relatively flat organization in terms of leadership, this article is problematic is many ways.

Whenever I come across something about accountability my ears perk up. It’s kind of the same way I feel about rigor. Yet I know some people like the word. Usually those in authority.

I pretty much disagreed with this article called “6 Practical Ways to Create a Culture of Accountability” in its entirety. I looked at the author and he’s a college student. I’m trying for the life of me to figure out what he would know about creating a culture of anything, let alone accountability. My fear is that coming from a reputable source, this is the kind of list people love to share. I decided to tackle it and address each point. Keep in mind this is a generic article about culture. I react to this from an educational institution perspective as well as my current role in a business … Read the rest

I realize how simplistic this sounds and also that many will read this and nod their head and feel like either they already do this or it’s perhaps a nice, but not a necessary component, but I can tell you that in general schools and districts generally suck at this: Gratitude.

I’ve been working for Discovery Education for 2 years and am still taken a back at the frequency and sincerity at which people say thank you. I don’t know where it’s written anywhere but it’s a company that demonstrates and values gratitude. Almost every meeting, phone call or email includes some type of thanks for someone who simply did their job. It’s never done simply as a courtesy but it’s very specific and intended to be shared with others to help us see how various team members contribute to our success. Working with people all over the continent, we often have no idea what great work people are doing and we work hard to make sure that good work gets noticed and gratitude is given. I cannot say enough about the value of this trait in the culture of this company.

I think there are a couple of reasons … Read the rest

This week a story emerged out of British Columbia about a school that was banning students in Kindergarten from touching each other. Like many, I tweeted it

The usual banter online occurred where most people shook their heads in disgust about a school’s over reaction to a problem that might better handled without resorting to such extremes. After wanting to learn more about the fallout I did some searching today and found this video

After hearing the side of the school district I realized a few things:

-If it sounds absurd there’s probably more to the story. This is where I felt a little shameful for tweeting the story. While I did manage to keep my mouth shut for the most part on this one, I too assumed the district was nuts. In reality, they handled  the situation very well as their spokesman shares. They aren’t banning touching but rather teaching these students, beginning from scratch. I should know better.

-Some people take advantage of the media. In this case, the parents, instead of expressing their concerns to the … Read the rest