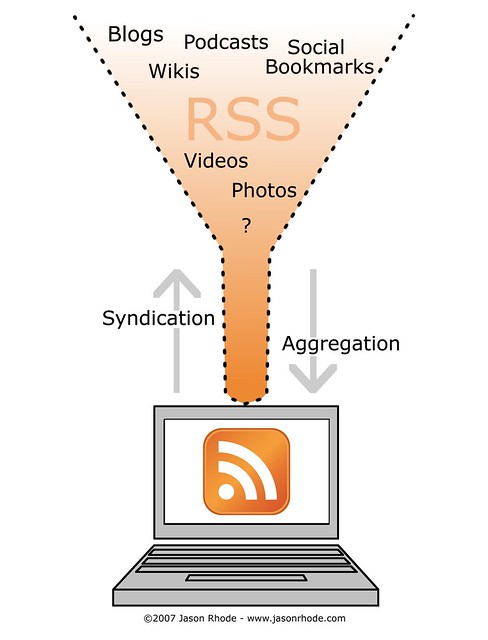 One of my early blog posts tried to articulate the power of this technology by using the metaphor of a “research team” Other educators curating, thinking and sharing ideas that were useful to me. All I had to do was click a subscribe button and whenever I had a moment could go to my aggregator Bloglines, Google Reader (which was still the best) and currently Feedly and see any updated or added content. While those of you who have never used RSS in this way, I can’t describe how magical and amazing this technology was. Suddenly I was being introduced to really smart folks doing really interesting work and they were … Read the rest

Sharing in 2103 is one of the easiest things to do. Understanding sharing is not that easy.

Ever since I asked about over sharing on my blog several years ago I’ve stopped worrying about it. That said, I’ve used several spaces with very specific intentions. I know others have different purposes, criteria and use different spaces to share but learning that is a critical information literacy skill. This became clear to me as I was redoing my Diigo network feed. As I pruned my list of 75 down to 9 I asked if anyone had any suggestions about who to follow. That’s a bit of a loaded and perhaps dumb question to ask. First of all, I gave no indication of what I was looking for. I suppose people might think I’m interested in education or technology, which I am but that’s far too broad to be of much use. Maybe 15 years ago when I began online bookmarking using broad terms like “education” + “technology” may have been useful, but not today. Then as folks began to suggest people, I looked at their sites and they were okay but I’m hoping to find people that are sharing things … Read the rest

With the demise of Google Reader it seems I’ve been in a bit of a funk when it comes to my regular reading. You see I’ve been using RSS for almost 10 years and it was truly a transformative technology for me, opening up my eyes to passionate learners around the world that formed the basis of my thoughts around educational over this past decade. They’ve become my teacher and in some cases my friends. While twitter has replaced for many the regular routine of reading blogs and writing them, I’ve been pretty firm in knowing that for me, getting to know someone over time by reading their blog is much different and I believe more powerful than a random sampling via twitter.

So in my search for a new reader, I decided to ditch my feeds and start fresh. That said, there are a few folks that get added back quickly because they continue to punch out awesomeoness. There were sadly a few subscriptions that haven’t seen a new post for years and some of these people had wonderful stuff to share. Back in 2004 … Read the rest

While what I'm about to  share is pretty common place, i still find it fascinating largely because so many people and businesses haven't figured this out.

Friday I left for Florida. Delta lost my luggage. This is the first time I've ever had my luggage lost. According to stats, airlines are 99.5% effective in getting people their luggage to the intended destination on time. I wasn't too worried. After all, I had my golf clubs which was really most important given I had a tee time the next morning. I knew my luggage was in trouble because it never showed up in Minneapolis where I have to claim it after I clear customs. The flight to Orlando had wifi on board so while in the air, I tweeted Delta's twitter account and they tracked down my bag letting me know it wouldn't make it to Orlando until the next day. They also instructed me to go to the baggage claim immediately after I got off the plane. I filed a claim and was told the luggage would be delivered to my Dad's place the next day between 6-10 PM. As the 10 PM hour came close it was evident the … Read the rest