I believe strongly in debate and civil discourse. I’ve gone so far as to design a course that explores what this looks like particularly online. I’ve not hesitated to critique language and ideas I think may be harmful.

That disposition always needs to be tempered with an understanding of the world we live in. Social media means the newest app, trend or idea often gets positioned as revolutionary and then immediately bashed by naysayers. Neither are right. 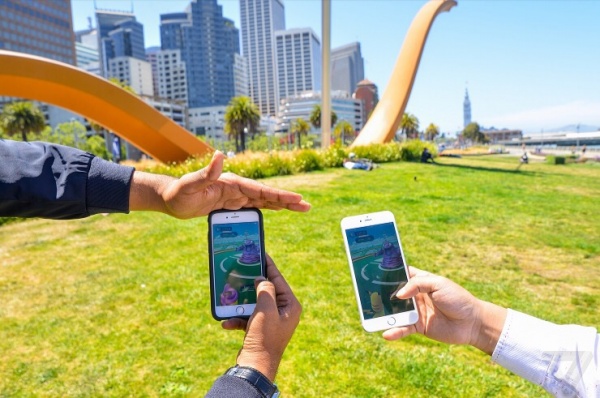 Pokemon Go arrives and soon folks go from downloading to playing to seeing potential for learning. As quickly as that’s shared, they take a beating. I was one who downloaded the game and before I could play was immersed in the hype and sniffed the “game changer” claims.

But before I hit the snark button I better step back. Just because someone thinks something has potential and gets a bit excited doesn’t mean we attack. This happens too often to anyone suggesting something might have educational value. I’ve been guilty of this myself. What I need to remind myself is to keep quiet and let people play.

In the classroom I remember introducing my kids to new technologies. Dating myself, I recall handing a GPS unit to my students and exploring Geocaching. They were pretty amazed at the technology and  I thought  about ways I could use this technology in a myriad of ways. While it certainly had its limits, it did lead to using Google Earth which opened up numerous other learning experiences. The excitement faded but the learning remained.

Technology is about hope. It’s about possibility. That actually should get us excited. Within that excitement we should add a healthy dose of skepticism. We should challenge ourselves and others but we shouldn’t squash that initial burst of excitement.

Pokemon Go looks interesting. It’s not going to revolutionize education but I don’t know that anyone has truly made that claim. We need critics who aren’t afraid to question. But maybe not immediately. We need to give folks time and remember not everything has to be edified.  I’ll keep my mouth shut, play for a bit and see where this thing lands.