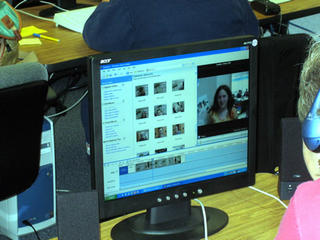 I completed 2 days of training with a small group of teachers from various parts of the province. The title of the workshop was “Home Movies Everyone Wants to Watch”. In essence it was a basic introduction to video editing using Windows Movie Maker.

While I am working towards removing the software aspect of workshops, many teachers still want to learn software basics. While I hope the participants did some learning, I learned many things as well. Here’s a few things I observed, learned and rediscovered during the two days: