This completes my 7th year of taking a photo a day. Inspired originally by D’arcy Norman, who is 2 years ahead of me, It remains as just something I do. Like Alan Levine, I do occasionally miss a day, but not more than a handful a year.

In addition, I like to create a compilation of my year via video. Here are my past efforts: 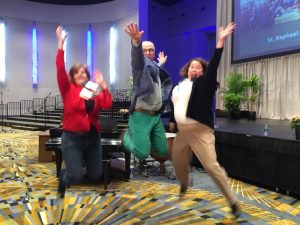 I wasn’t sure I was going to make one for this year but in a surprising twist, one of daughters said, “When are we going to see the year in photos?” Each year I’ve made them watch it they usually groan and complain, make snarky comments about too many golf and conference photos but also have many memories sparked about their own year.

I tried to get this under 20 minutes but couldn’t quite as I know some folks attention spans are minuscule. I didn’t include every photo but most every. So if you have 20 minutes, enjoy. If not, move it along but many of you are in it. Leave a note if you are. 🙂