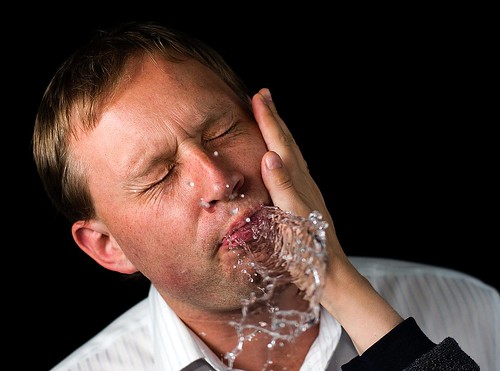 I’m not sure what percentage, but likely half of my blog posts are borne out of anger or annoyance. Here’s another one.

About a year ago, I wrote this on the mixed message of digital citizenship. The whole “be awesome all the time”  and “only share the positive” is helpful advice, particularly to young people, but the danger lies in losing our humanity.

Brand management is defined this way:

…a communication function that includes analysis and planning on how that brand is positioned in the market, which target public the brand is targeted at, and maintaining a desired reputation of the brand.

Whether explicitly stated or not, this is precisely what I see many folks advocating for with our students and educators alike. Telling kids to be careful and thoughtful in what they share is important. Telling them to be calculating and strategic is dangerous. It might be a good thing to consider if you’re selling soap but not if you’re a human being. I see people applying these principles being applied to the way they interact online. The things they share are strategic. They share content and ideas they know will get a lot of views/likes/retweets rather than things that are simply interesting to them. They are careful to maintain the desired reputation of their brand. The schedule their posts and content to get the most traffic and interaction. None of these things are inherently bad but when this criteria drives you, I think you’ve crossed the line from human to brand.

My initial foray into social media was not the fact that I could share and promote stuff. It wasn’t even because I could learn from others. I was attracted to social media because it was social. I met people. I connected with some and didn’t connect with others. I could see who they were as human beings, not as brands. In the early days of twitter, gaining followers was not the goal. Finding interesting people to be interesting with, was the goal. Yes, I did learn and continue to learn from them but that’s never been my starting point.

My inconsistency makes me human. I say dumb things. I make grammatical errors. I try not to be mean, but I’m sure occasionally I am. I have serious thoughts and silly ones. I sometimes share them because I imagine others have similar thoughts. I understand some people, because of status, race, gender or other factors don’t feel this comfortable to share. That’s fine and I respect that. But it doesn’t mean you have to protect and maintain a brand, it just means you don’t have or feel the same freedoms as I do. That’s not an issue of branding but one of privilege. That may be a different conversation. I’m talking about branding as a way of dehumanizing.

I don’t believe we need to or should share everything. It’s easy to point out instances where oversharing has ruined people’s lives. But I also think we don’t talk enough about forgiveness. I’ve likely overshared and as I’ve said, either offended or simply annoyed people. That’s something the people I live with every day would attest to.

The very reason I began blogging was the power to write and share and not be subjected to the same scrutiny and rigidity that my graduate papers were held under. I love that I could hammer out some ideas in short order and generate interesting and useful conversations with this post being a classic example. The reason I joined twitter was to meet strangers, kibitz with friends and weave in and out of serious, silly, meaningless and meaningful ideas knowing all the time that 140 characters is extremely limited.

I understand this is perhaps not an either or kind of decision. Maybe you can build a brand and be human as well. My point is I see many people who lean so heavily on the brand part that I don’t see much of the human side. It’s one of the reason twitter is less interesting to me lately. It’s become overly strategic within the education community. I see fewer humans and more brands. My favorite people are those that are flawed like me and share those flaws in some form or fashion. It may not be the best way to build a brand or audience, but I suppose you have to decide. Maybe my brand is that I’m flawed. If so, I can build that easily.

Also, my friend John Spencer and I have discussed this topic a lot. John’s pretty flawed too so I like him. He created this video that explains it very well too.

Oh, and I mean it when I say you can slap me if you hear me say that. If you just want to slap me for any other reason you can too, I probably deserve it.