As a family we were about to take a family vacation about 8 years ago. My wife had read an article online about adding some pizazz to your family photos. So we decided to give it a try and it quickly became a family favorite. 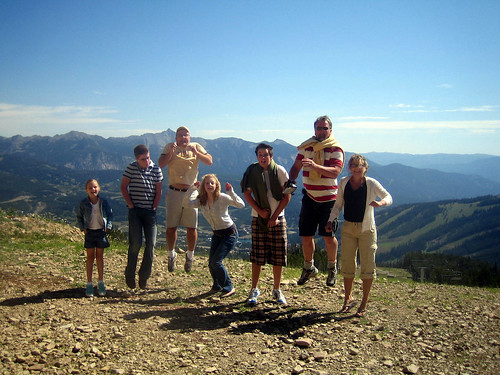 We continued to jump,usually on vacation but not always and now we’ve printed out many of them and put them up on a feature wall in our house. Now it has become a staple in our travels. Often times before we leave we talk about where we should jump. It’s always a bit of a challenge finding strangers willing to not only take our photo but be patient with the fact it may take them several tries. (Although using burst mode has solved this issue) 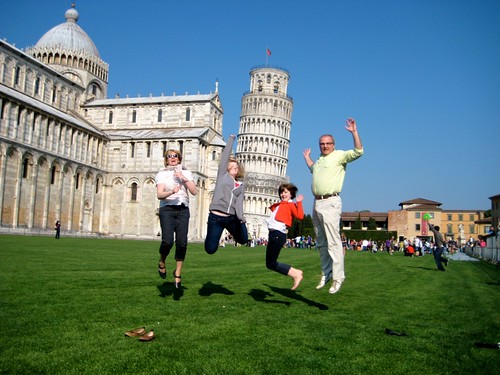 I’m certainly not the first person to do this and in fact, someone shared this recently.

“Starting in the early 1950s I asked every famous or important person I photographed to jump for me.  I was motivated by a genuine curiosity.  After all, life has taught us to control and disguise our facial expressions, but it has not taught us to control our jumps.  I wanted to see famous people reveal in a jump their ambition or their lack of it, their self-importance or their insecurity, and many other traits.”–P.H.

I’ve never thought about it that deeply but it’s an interesting notion. I’ve been sharing a great deal about joy lately in my talks and equate our jumping photos as the way we express our joy, our contentment and delight as we explore the world. It’s one way we can model our belief that indeed, joy is a thing and it’s not something that’s theoretical but a practical, visible manifestation of our internal well being. Lately, I’ve actually had my audience jump and if that’s not possible I jump. At one point I felt this might come across as silly or superfluous. After all, I’m speaking to academics on the serious business of learning. I have occasionally felt others might see this as unbecoming or doing something gimmicky. Perhaps some do. Although it’s my belief this message is gaining ground and resonating with many educators. Heck, I’ve even  encouraged superintendents to jump. 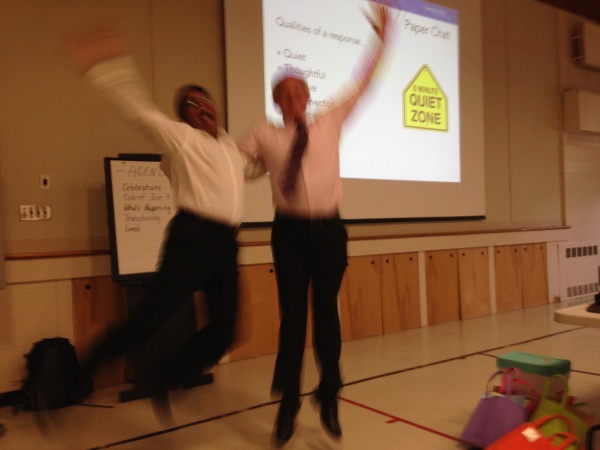 I think there are many ways to express joy. Jumping has just become something I do and share with people to represent, in a tangible way, an active way of saying “joy matters”. In the words of Alfie Kohn:

I fear that I’m appearing to accept an odious premise—namely, that joy must be justified as a means to the end of better academic performance. Not so: It’s an end in itself. Not the only end, perhaps, but a damned important one.

I guess what I’m saying is, I’m not going to stop jumping anytime soon. Besides, I’m just starting to get good at it. 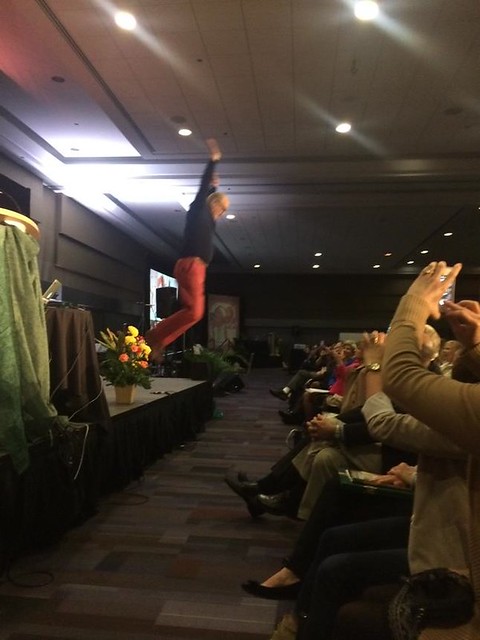