It’s that time again when we get busy calculating grades to determine the winners and the losers. I realize few if any teachers think of it that way but to many, that’s how it comes across. You can argue that it’s simply a celebration of hard work and excellence. Maybe. Maybe not.

It’s been over a year since one of my students wrote a very heartfelt post about his younger brother. The aftermath of this post was quite powerful and led to  a big change. Read the comments, a few of which aren’t very nice to get the full picture. Kyle handled himself with integrity. I continue to point to this post as a great example of the power and potential of blogging. 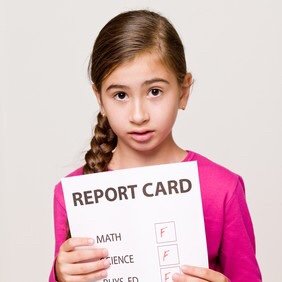 But the whole grading and honour roll thing continues to be problem-some, at least for me.

All my kids have been on the honour roll. For them the grades were motivating and to be honest, they didn’t really work all that hard. Sure they studied and put in the effort but I know many students who worked much harder with poorer results. School came pretty easy for them. In the end, the real winners were the ones that learned how to learn, the ones that found a passion, worked hard because they cared about what they did and wanted to make the most of every opportunity. I’m not saying my kids didn’t achieve any of these but it wasn’t the dominant reason they went to school. My youngest, who is 12 is tired of me telling her not to focus on the grade but focus on the learning. But it’s hard for her to think differently when everything around her tells her the grade is really the most important thing. We live in a system that prizes numbers and letters.

So back to Kyle’s post. Last night Kyle and Jordan presented to my current ECMP 355 class on ideas that are still resonating with them a year after taking my course. One of the reasons I asked them to do this was to demonstrate that hopefully what they learn in my course has value, value beyond a grade but something they’ll use for the rest of their lives. They did a wonderful job. Kyle spent a few minutes talking about that post and some of the inside stories around it. I posted it to twitter last night and my colleague and mentor Rick Schwier posted a comment that has been in my head for the day:

I have a son with a different kind of disability. He has Down syndrome, and he is 37 now. He’s the most academic of my three kids, and I mean it… not in some pathetic condescending way. He pays attention. He is a serious critic. He has no tolerance for fools. He remembers important things and refuses to internalize trivial things. He inspires. Honour rolls. Silly. Trivial. Unnecessary. And at their worst, soul destroying. The older I get, the less tolerant I’m becoming of the deleterious effects of grading and its offspring.

Wow. “…the deleterious effect of gradings and its offspring”. Chew on that for a while.