I’ve never been one to tell anyone how to use a tool and specifically a tool like Twitter. It’s evolving and been re-purposed in more ways that I’m sure the developers had in mind. 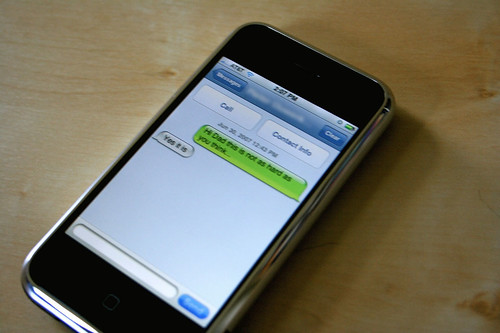 While everyone has their own construct about it, there’s no doubt it’s becoming a significant medium for many individuals and organizations.  Personally, I have to use some restraint as many conversations are only “twitter deep.” For me, that means I respect the limitations of a 140 character space to be limited to superfluous ideas at best.  Certainly, a great link can be posted but the minute a tweet engages people in a meaningful way that requires any degree of unwrapping, my immediate thought is “get a room”.  Frustrations mount as complex ideas are squeezed into a simple text messaging tool.

Exhibit A
Discussions like this are not suited well to twitter or even plurk.  I appreciate how Darren has tried to capture it but again, the responses are disjointed and the limitations likely make it a less than satisfying learning experience. Even as I read the tweets, it requires so much clarification that it’s difficult to engage.

Instead, I like how Will got frustrated in a recent discussion on literacy and offered an alternative.

My fear is that so many people begin their entry into social media via microblogs and rarely move beyond that.  Twitter cheapens deep discussions. You can only go “twitter deep”. Blogs or other unrestricted spaces offer a less time sensitive, character restrictive space to explore ideas in depth. You can go “blog deep.” Both are great spaces but there isn’t a one-size-fits-all space for every purpose. The idea of small pieces loosely joined is still valid. Many newcomers to social media are trying to cram all forms of thinking and sharing into a single space such as Facebook or Twitter. I don’t think that’s a good idea.  While I always encourage people to start somewhere, I don’t mean for them to stay in one space.  So if you’re new to social media you might want to think about adding another space to your identity.  Take the idea tossed around in twitter and take it deep in your own space. Even if you only deconstruct it yourself or have a couple of comments I think you’ll find that a more satisfying experience than trying to follow short snippets of insight. Twitter is great but a steady diet of Twitter is like only ordering appetizers. At some point, you’ll want the main course.