I played a lot of sports as a kid growing up in southern Manitoba. Hockey in the winter, baseball in the spring, golf in the summer and football in the fall. In all cases, I played in leagues but I also played them without adult supervision or organization.

In Canada, outdoor neigbourhood rinks are as prevalent as sandlots and baseball fields. I remember being about 7 years old and taking my skates and stick to the local outdoor rink, tieing my skates in the heated shack and heading out on the ice. There were kids, teenagers, and adults. Everyone played. You tossed your sticks in the centre of the rink and divided them up. Then you played. If the teams seemed uneven, you’d make a quick adjustment but mostly you just played. You learned to play with kids who were way better than you and kids who were worse. Some kids certainly had the puck more than others but you just played. While you did keep score, it mattered little as the next day you showed up and totally different teams were formed and usually a slightly different crowd. 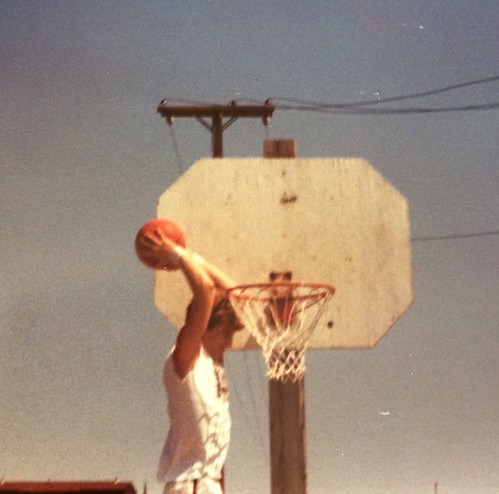 In the summer, a similar experience happened on baseball diamonds and sandlots. We mostly played “scrub” because we didn’t have enough players but we made it work. Same with football. Every fall evening in September and October, we gathered at a playground and played. Sometimes they were 6 of us, sometimes 12 or so. We’d also play basketball. When I was 12 had my Dad put the net at 8 feet so we could dunk.

Since I was also playing organized sports I occasionally had to pass on one of these backyard, impromptu games. I liked playing on a team and competing but I also really liked just playing. I remember the freedom of trying to catch a pass one-handed or making a behind the back pass with my buddies. I also remember trying to put the puck back between my legs and shooting and having the coach yell at me for being a hotdog. In my backyard rink, everyone tried that kind of stuff. It was fun. I guess we were all trying to be hotdogs.

I was thinking about the social spaces I reside. Mostly twitter, facebook, Instagram and snapchat. To me, twitter and facebook have evolved to be the organized spaces. There are rules and competition. That’s not necessarily a bad thing but at one time, these spaces were more informal less judgment. Snapchat is where I follow my family, friends and their kids. I love seeing snaps of babies walking or dogs barking or the occasional goofy filter. No one is trying to market anything, it’s just people being people. It’s my sandlot and backyard rink.

I’m not really saying all that much here, just a random reflection on a Saturday night.