Part of what makes me pay attention to an article like this is that it’s written by someone whom I respect. Clay Shirky talks about something fairly radical for a person who is generally seen as an advocate for social media and technology.  He admits a complete change in mindset on the use of laptops of his class.

I have been teaching classes about the internet since 1998, and I’ve generally had a laissez-faire attitude towards technology use in the classroom. This was partly because the subject of my classes made technology use feel organic, and when device use went well, it was great. Then there was the competitive aspect — it’s my job to be more interesting than the possible distractions, so a ban felt like cheating. And finally, there’s not wanting to infantilize my students, who are adults, even if young ones — time management is their job, not mine.

I’ve been guilty of using the same arguments to challenge those who didn’t want to use devices in class. I would still use the same argument for many people but this thoughtful realization speaks to doing what’s best for students as opposed to what’s easiest for teachers.

But it’s also important not to be thinking about a carte blanche ban but rather consider the class, the task, and the student.

I have known, for years, that the basic research on multi-tasking was adding up, and that for anyone trying to do hard thinking (our spécialité de la maison, here at college), device use in class tends to be a net negative. 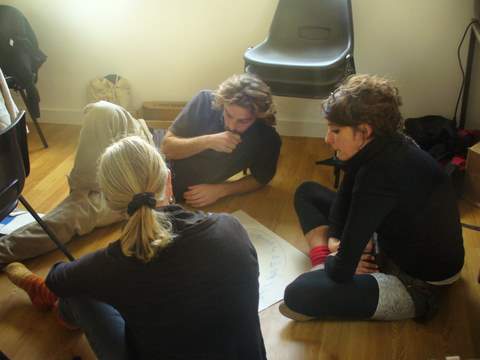 The notion of “hard thinking” suggests the importance of a more focused environment. Not all learning is of this nature or intensity. Indeed, if you’re needing to seek out ideas from strangers or are in the midst of creation, having access to the plethora of people and resources online may be necessary. But more and more schools need to recognize the unique resources they have in their building — each other. This may mean making efforts to take full advantage of this by implementing a ban as Shirky suggests. In the same way, a basketball coach wouldn’t want his players on their phones during a practice, we may not want our students on them during a class discussion. A math class might require the use of computing to effectively understand and appreciate many concepts. This is about recognizing what types of learning you are doing in class and when technology makes it richer and when it dilutes. Having spent some time last week with Clay Burell, a wonderful Chinese History teacher working in Singapore, he would have a similar response to Shirky. While Clay has always advocated for the use of technology, he sees his class time as precious and sacred in that it’s the only time they get to spend together. You walk into his room, have a cup of tea and engage in that “hard thinking”. Laptops would seem slightly out of place. Paying attention to one another is the best use of time. The laptops then provide a wonderful supplement for alone time and thinking. The course needs the technology to do a great deal of the work and sharing but the time in class is better without it.

While teachers remain largely in control of their own space, this shift or model works best when we see this as a joint, community effort to honor each other.

This is, for me, the biggest change — not a switch in rules, but a switch in how I see my role. Professors are at least as bad at estimating how interesting we are as the students are at estimating their ability to focus. Against oppositional models of teaching and learning, both negative—Concentrate, or lose out!—and positive—Let me attract your attention!—I’m coming to see student focus as a collaborative process. It’s me and them working to create a classroom where the students who want to focus have the best shot at it, in a world increasingly hostile to that goal.

Schools no longer have information and knowledge as their greatest asset but rather community and relationships. This should shift how we use technology in our classrooms.